Can anyone have an idea on the scientific basis for the use of the fractional dose (0.1 ml) of Yellow Fever vaccine during a pre-emptive mass vaccination campaign?

As a reminder, in August 2016, the congolese health authorities in collaboration with WHO and CDC launched a preventive mass vaccination campaign against Yellow Fever in Kinshasa and other potentially YF affected provinces. In Kinshasa alone, 7.8 million people were reached in a period of 10 days. As a Vaccinologist I was unable to provide appropriate answer to those asking (and I was asking myself) why a fractional dose was used. From the literature, I know that there is a set lower limit (as per WHO standards) of the amount of viral materials in the 0.5 ml dose, the upper limit is not set. How come that with WHO support, a dose below that set lower limit was given? Was that part of a large scale clinical study at the level of a population in the context of YF vaccine stockout risk? If that's the case, no informed consent was administered and no explanation as such was provided to the vaccinees,is that ethical? Additionally, is it ethical to test a regimen whose efficacy and/or immunogenicity is unproven in a setting of an ongoing outbreak of a dreadful disease? Was the vaccination campaign even needed in the first place to afford that?

Those are questions that trouble me. Your comments and inputs will be very welcome. 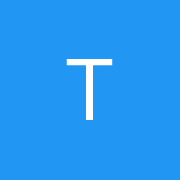 Thanks for your post. I’ve attached 2 studies that provide the scientific basis for the use of the fractional dose (0.1 ml) of Yellow Fever vaccine. One from Brazil with Bio-Manguinhos vaccine & one from the Netherlands with Sanofi vaccine. Both studies provide convincing evidence.

Hope this is helpful.

Some quotes from the WHO SAGE document

It should be noted that the Martins/Campi-Azevedo study used vaccine of high potency of above 10000 IU (27,476 IU), and hence even the nine-fold dilution contained three times more IU than the lower threshold recommended by WHO. A considerable range of potency in routine vaccine batches has been reported from all manufacturers (WHO informal consultation of the minimum potency specifications forYF vaccines, 2007) ranging from 1995 log10 IU to 2511886 log10 IU/dose (a more than 1000-fold difference).

Hence interpretation of non-inferiority results seen with fractional doses need to be normalized by the actual vaccine potency expressed in IU.

In summary, the .... findings are encouraging and document the potential of fractional dosing. Based on the data from Martins and Campi-Azevedo, a fraction dose containing about 3000 IU could be considered equivalent to a full dose and should be considered as preferential dose volume for fractional vaccine doses. Below this value (about 3000-600 IU), protective,but possibly less than life-long protection need to be assumed. Dose fractioning below a potency of about 1000 IU/dose is not advisable, to leave a safety margin to 600 IU below which the humoral immune response was inferior to higher potency doses.

The limitations to the evidence available are the following:

SC immunization data are only available from one manufacturer using YF 17DD vaccine.Children and immunocompromised populations (and women for the fractional dosing (IM/SC) are not included in the studies to evaluate immunogenicity and safety in these subpopulations.Long-term duration of immunity beyond one year is unknown with a dose-sparing approach.Actual doses of YF virus particles in each lot of all prequalified companies are different and vary across lots and stage of expiry, which is important to address if considering the use of a fractional dose.

...SurveillanceWhen administering vaccination as a fractional dose within a campaign, individual vaccination records need to be established to allow for assessment of duration of protection, effectiveness, tracking of break-through cases and fractional dose vaccine safety (in particular rare SAE following immunization, such as neurotropic and viscerotropic disease) according to age and pending on how close to expiry datethe vials are.A YF Laboratory Network (YFLN) has been developed in the African Region on the backbone of the already existing Global Measles-Rubella Laboratory Network (GMRLN). Currently, 24 National YF laboratories have been established in 21 Member States of the African Region, mainly in countries at risk for YF outbreaks. These National Laboratories have been established predominantly in alreadyexisting National Measles-Rubella Laboratories to benefit from the investments made by WHO to establish these MR laboratories. Investments were made in capacity building (including training in conducting IgM testing, QA/QC, biosafety, laboratory management) as well as provision of essential equipment (ELISA washer and reader, automatic pipettes).

...Informed consentDuring mass vaccination campaigns, consent is normally presumed (implicit consent), with a possibility to opt-out. This means that information about the vaccine is disseminated widely in an accessible format, and it is ensured that the public knows that they can opt out of vaccination, if they so wish. If mass vaccination campaigns are being planned with the lower dose vaccine,

it is an ethical requirement to provide minimum additional information:

i.e. that a lower than usual dose will be used but that it is considered as safe and effective as the normal dose

The introduction of fractional dose yellow fever vaccine in response to the current outbreak in Africa in 2016 was based on WHO initiative for Vaccine Research with contributions to specific sections from the WHO Departments of Pandemic and Epidemic Diseases, Essential Medicine and Immunization Vaccines and Biologicals. This was after a review by WHO SAGE on immunization.See: