Can UAVs be used to transport vaccines to remote health centers? 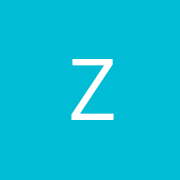 HALF MOON BAY, Calif. — From a bluff overlooking the Pacific Ocean, a loud pop signals the catapult launch of a small fixed-wingdronethat is designed to carry medical supplies to remote locations almost 40 miles away.

The drones are the brainchild of a small group of engineers at a Silicon Valley start-up calledZipline, which plans to begin operating a service with them for the government of Rwanda in July. The fleet of robot planes will initially cover more than half the tiny African nation, creating a highly automated network to shuttle blood andpharmaceuticalsto remote locations in hours rather than weeks or months.

Rwanda, one of the world’s poorest nations, was ranked 170th by gross domestic product in 2014 by the International Monetary Fund. And so it is striking that the country will be the first, company executives said, to establish a commercial drone delivery network — putting it ahead of places like the United States, where there have been heavily ballyhooedfuturistic drone delivery systemspromising urban and suburban package delivery fromtech giantssuch as Amazonand Google.

“The concept of drone ports is something that a very small decision-making unit in the country decided they were going to do,” said Michael Fairbanks, a member of the Rwandan president Paul Kagame’s presidential advisory council. “It took a very short time. It’s something that America could learn from.”

That Rwanda is set to become the first country with a drone delivery network illustrates the often uneven nature of the adoption of new technology. In the United States, drones have run into a wall of regulation andconflicting rules. But in Rwanda, the country’s master development plan has placed a priority on the use of the machines, first for medicine and then more broadly for economic development.

“Rwanda has a vision to become a technology hub for East Africa and ultimately the whole continent of Africa,” said William Hetzler, a founder of Zipline, which is based in this seaside town. “Projects like ours fit very well with that strategy.”

The new drone system will initially be capable of making 50 to 150 daily deliveries of blood and emergency medicine to Rwanda’s 21 transfusing facilities, mostly in hospitals and clinics in the western half of the nation.

The drone system is based on a fleet of 15 small aircraft, each with twin electric motors, a 3.5-pound payload and an almost eight-foot wingspan. The system’s speed makes it possible to maintain a “cold chain” — essentially a temperature-controlled supply chain needed to provide blood and vaccines — which is often not practical to establish in developing countries.

The Zipline drones will use GPS receivers to navigate and communicate via the Rwandan cellular network. They will be able to fly in rough weather conditions, enduring winds up to 30 miles per hour.

When they reach the hospitals, they will not land but will drop small packages from very low altitudes. The supplies will fall to earth suspended by simple paper parachutes. The planes will then return to a home base, where they will be prepared for a new mission by swapping in a new battery and snapping in a new flight plan stored in a SIM card.

“This is the new face of the aerospace industry,” said Jay Gundlach, president of FlightHouse Engineering, an Oregon-based aviation consulting firm. “Established unmanned aircraft companies should learn from Zipline’s agile and innovative culture.”

Like Zipline, others are trying to solve the problem of the autonomous distribution of medical supplies. Many other systems being developed, however, are based on less-efficient multicopter or quadcopter designs that have shorter range and less ability to fly in all-weather situations.

In the United States,a firm named Flirteyhas delivered medical supplies using multirotor helicopters as an experiment in Virginia. Another Silicon Valley start-up, Matternet, is experimenting with the government of Malawi and with Unicef to deliver infantH.I.V.tests by quadcopter. Google X, the advanced research arm of Alphabet, is now developing a vertical-takeoff-and-landing system that will hover and deliver packages by the use of winches.

Zipline began in 2014 when two of its founders, Keller Rinaudo and Mr. Hetzler, visited a young public health worker in Dar es Salaam, Tanzania. The worker had created a text-messaging system that enabled hospital workers to urgently request medical supplies in life-or-death situations.

But Mr. Rinaudo said he realized that what he was looking at was a long list of death sentences. Today in many places worldwide, attempts are made to deliver medical supplies by motorcycle or pickup truck over roads that are frequently impassable.

The public health worker “showed me the database that had entries every time someone texted, and it was thousands of names long,” Mr. Rinaudo said. “It was mostly infants, and there was no response. The supply chain had no way of taking them into account.”

Mr. Rinaudo and Mr. Hetzler set about to find an airborne alternative to automate a supply chain. They met Keenan Wyrobek, a Stanford-trained roboticist who was instrumental in the design of the PR1 robot, a pioneering general purpose mobile robot with arms, and later the more advanced PR2 robot developed by Willow Garage.

Mr. Hetzler said that by placing engineers who have consumer electronics expertise in close collaboration with roboticists and aerospace engineers, it had been possible to rapidly build a highly automated system that would be operated by a staff of five to eight.

In February, Zipline signed a contract with the Rwandan government to begin operating the drone service this summer. A small team will be based in a city near the Rwandan capital of Kigali to oversee the service.

“I always think of Peter Thiel, the venture capitalist, who said, ‘They promised us flying cars and all we got was 140 characters,’” said Paul Willard, a former Boeing aerodynamics engineer who is now an investor in Zipline, referring to the social media service Twitter. “This feels a little bit more like flying cars.”