Introducing IA Learn: self-paced online courses fo...
Cold Chain Response to Covid-19
Comment
There are no comments made yet.
Responses (9)

In order to let you have a clear understanding about what kind of cold chain can be used as response to Covid-19, i had attached the presentation we made for your reference. meanwhile, we had some webinar material can be shared. my contact is wangwenming.yl@haier.com

Hi Rafael, since it is related to technical design, i am appreciated if you can send the question by e-mail/ wangwenming_bill@163.com or wangwenming.yl@haier.com, thanks

There are no comments made yet.

AS Pat Lennon pointed out we do not know how thermally stable the vaccine will be. The less thermally sensitive the easier it will be to distribute. Anna-LeaKahn made the point that if the vaccine has a high enough thermal stability it could be be distributed with the Controlled Temperature Chain (CTC).The CTC requires no cooling a feature which would greatly simplify distribution.

If the developed vaccine is more stable than a VVM 2 vaccine but not stable enough to be distributed in the CTC  it could be be distributed by what I call the Buffered Cold Chain (BCC), see my post of 4months ago; "Buffered Cold Chain, a new approach". The BCC would keep storage temperatures below 25 deg C. If for example the vaccine has the same thermal stability as a VVM 7 vaccine it could be stored for 40 days at25 Deg C. If it's stability is the same as a VVM 14 vaccine it's storage life at 25 Deg C would be 80 days.

Good questions. There is COVID-19 vaccine development pipeline tracker from the LSHTM: https://vac-lshtm.shinyapps.io/ncov_vaccine_landscape/ that can be helpful

In addition to the insightful inputs from Pat Lennon, we as manufacturer also wonder what will be next.

We as Berlinger have secured our production and our devices have been identified as 'critical medical supplies' in the countries of production. This means that less or no restrictions apply compared to normal commercial goods. In the past decade Berlinger has supported lower income countries, either directly or indirectly through UNICEF, WHO and other agencies. We are ready to continue supporting, yet like all of us we are waiting to see what will be required.

Ramat Accepted Answer
We expected to have the vaccine as soon as possible to prevent occurance of the Virus
Comment
There are no comments made yet.

Richard Tongo Ngbanda Accepted Answer
Thanks for the message,
To solve this pandemic  situation requiers intégration of many aspects. For my point if view, it is possible to find vaccin for this COVID, but the problem will be at the production and distribution level and Lost specifically to pour countries. How they will respond to the situation that why I propose a solidarity action.


Richard TN
Comment
There are no comments made yet. 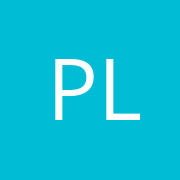 Rafael - You raise important questions and I don't believe there are concrete answers to them yet. Here is some information that may be helpful.

WHO R&D Blueprint for COVID-19: https://www.who.int/blueprint/priority-diseases/key-action/novel-coronavirus/en/

The Foundation understands that a vaccine will be needed in all countries to protect everyone from a highly contagious virus. Given the amount of international travel still occuring just vaccinating a few rich countries won't be effective at stopping a pandemic.

The Foundation is also investing in research on treatment options until a vaccine is available: https://twitter.com/gatesfoundation/status/1246095455726886913?s=12

You posted your question to the cold chain equipment forum. What we don't know yet is how thermostable any new vaccines will be. Will the new vaccine(s) be able to be stored in 2-8C? Will they be freeze sensitive? Or will they have special requirements similar to the first Ebola vaccine? I believe we will need to track information on succesful candidate vaccines as they becomes available to see what the appropriate pandemic vaccine supply chain approach will be - and what new equipment, if any, is needed.

Thank you for bringing up the issue of thermostability. Experience with rapid vaccination campaigns in resource-limited settings has shown that cold chain constraints are an important obstacle to high and equitable coverage. A vaccine that can be delivered through a Controlled Temperature Chain (CTC) would significantly alleviate this problem...

#ctc_vaccines
There are no comments made yet. 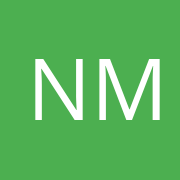 Funnily enough I'm a design student working on a product aimed at providing pharmaceuticals to developing regions while maintaining the cold chain.