Logistics of the vaccination campaign

Santos Sipaneque In
Hello everyone, Mozambique, at present, uses only a simple measles vaccine in the Measles Routine for measles prevention.
However, with support from GAVI, Mozambique is preparing a campaign against Measles and Rubella for April 2018, then introducing the Measles and Rubella Vaccine into Routine Immunization. At this time, the country has already been prepared for the Anti-Measles and Rubella sufficient for Campaign and for introduction and routine use. But we have a problem: how the campaign data is already fixed; And still simple measles vaccine doses in districts and health units, including the National Vaccine Depot, which is difficult to create in three months. The question is:
How to manage the two types of vaccines, especially after a campaign without wasting one?
How to manage the simple measles vaccine that after the campaign we will not use and we will have in large quantities?
5 replies

Raoul Kamadjeu In
The upcoming supplement "The Future of Immunization in Africa Supplement", guest-editored by Bob Davis (Am Red Cross) , Helen Rees (Wits U) and Steve Cochi (GID, CDC), is still open for submission. The supplement will be published in mid 2017 in the Pan African Medical Journal. Submit your manuscript now for consideration. Follow the link below for more about the supplement http://www.panafrican-med-journal.com/mailalert/MA02122016.htm
0 replies 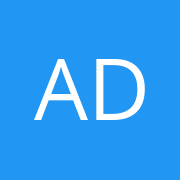 Alya dabbagh In
Planning and Implementing High-Quality Supplementary Immunization Activities for Injectable Vaccines Using an Example of Measles and Rubella Vaccines- Field Guide: This is a field guide that is intended for immunization programme managers and their partners. The focus of this guide is ensuring high quality Supplementary Immunization Activities (SIAs) that are able to reach the hard to reach populations. The guide contains newly developed and improved tools for monitoring and assessing readiness. It also clearly outlines different options for vaccination strategies for different settings. It outlines the best practices for planning, organization, implementation and monitoring of SIAs for injectable vaccines, and in making use of opportunities to strengthen routine immunization and surveillance. This guide uses measles-rubella SIAs as the main examples throughout, but the information in this document aims to be applicable to SIAs for delivery of any injectable vaccine.
The Field Guide as well as the excel versions of the SIA Readiness Assessment tool can be found in:
http://www.who.int/immunization/diseases/measles/en/ . Under “Further information” An eLearning course based on this field guide will be launched early 2017. Any questions and comments on this document should be addressed to
Dr Alya Dabbagh (dabbagha@who.int)
0 replies

Narayana Holla In
Dear viewers
“Measles & Rubella (MR) case based surveillance” is being launched to achieve the goals of measles elimination and rubella control. For any vaccine preventable disease, vaccinating routinely with potent vaccine, uniformly throughout the country following a standard schedule is mandatory. For eliminatiing Measles, >95% coverage of first dose on completion of 9 months before 12 months and second dose along with booster dose of DPT and OPV between 16 to 24 months has to be achieved. Private sector is contributing to the vaccination service; % varies between rural and urban, rich and the poor. Our pilot study depicted an alarming gap with regard to 8 selected operational components of routine immunization. We conducted this study for all the antigens of National Immunization Schedule of our country and Karnataka specific as 2 fractional doses of IPV of 0.1ml intradermally administered. But in this post, giving importance to Measles and Rubella, we are sharing our finding with Measles vaccine where in "when to give and how many times to give" itself is known to 17.14 %!!!. Multi-dose Vial Policy / Open vial policy, type of VVM were not responded. But the solutions suggested are practiced in our college; easily operable and can be implemented in a revolutionary way with marginalized financial burden.
Please do view and contribute for further simpler operable solutions to mitigate the gap to save the children especially of elite group.
Best wishes
Holla and Team
0 replies

Kaushik Banerjee In
This new IVB publication is now online in IRIS at the following link: http://apps.who.int/iris/bitstream/10665/184174/1/9789241549370_eng.pdf This document is for national immunization programme managers and immunization partners involved in operational support. Its objectives are: • To guide the policy discussions and operational aspects of the introduction of rubella vaccine into the routine immunization schedule. • To provide technical guidance, up-to-date references on global policy, technical justification and strategic issues related to the introduction and provision of rubella vaccine in the routine immunization programme. Since 2011, WHO has recommended that countries should make use of their accelerated measles control and elimination activities to also tackle the problem of rubella and congenital rubella syndrome (CRS). This document is designed to help countries towards integrating measles and rubella vaccination.
3 replies

Immunization data from WHO

Moderator In
Here are some of the latest immunization data available on the WHO website:

In 2012, an estimated 83% (111 million) of infants worldwide were vaccinated with three doses of diphtheria-tetanus-pertussis (DTP3) vaccine. Three regions ? the Americas, Europe and Western Pacific ? maintained over 90% DTP3 immunization coverage, the Western Pacific reaching 97%.

Increasing uptake of new and underused vaccines
Hepatitis B vaccine for infants was introduced nationwide in 181 countries by the end of 2012. Global coverage with three doses of hepatitis B vaccine is estimated at 79% and is as high as 91% in the Western Pacific and the Americas. Coverage in the South-East Asia Region reached 72% in 2012 up from 56% in 2011.

Haemophilus influenzae type B (Hib) vaccine was introduced in 184 countries by the end of 2012 (including in parts of Belarus, India, Maldives and Nigeria), up from 177 countries in 2011. Global coverage with three doses of Hib vaccine is estimated at 45% in 2012, reaching 91% in the Americas, but only 11% and 14% in the South-East Asia Region and in the Western Pacific Region, respectively.

Rubella vaccine was introduced nationwide in 132 countries by the end of 2012, up from 85countries in 1996. There has been remarkable progress towards the elimination of rubella and congenital rubella syndrome in the Americas with a reduction of99.99% of confirmed cases between 1998 and 2012.

Mumps vaccine was introduced nationwide in 120 countries by the end of 2012.

Yellow fever vaccine was introduced in routine infant immunization programmes in 36 countries and territories out of the 48 at risk for yellow fever in Africa and the Americas.