By accepting you will be accessing a service provided by a third-party external to https://www.technet-21.org/

Seeking the Ground Truth in Electric Cooking: A Project Collaboration Among Nexleaf Analytics, Access to Energy Institute, MECS, and PowerGen

One of the most prominent lessons we’ve learned from more than a decade of cookstove monitoring is that cooking is complex. The factors that go into the seemingly simple question of how a household will prepare a meal range from fuel price, forest conditions, fuel distribution infrastructure, income fluctuations, cooking habits, cultural norms, culinary requirements, and agricultural conditions. That’s why closing the energy gap for 4 billion people is so daunting, and why simply supplying households with new clean alternatives will not guarantee a resulting reduction in smoke or wood fuel use. That’s also why we believe that data is critical to bridge that gap. Ground truth data that tells us how often, when, and why stoves are in use can inform smarter and more effective improved cookstove distribution in the future.

We’ve had an incredible opportunity to seek the ground truth about electric cooking use in Tanzania. Our partner, Access to Energy Institute (A2EI), has been assessing the viability of electric cooking in Tanzania and brought together a team of collaborators—Nexleaf, MECS, and PowerGen—to produce an incredibly rich set of data. One hundred PowerGen solar micro-grid customers were supplied with electric pressure cookers (EPCs) to understand if micro-grids could support electric cooking, if the EPCs would meet local cooking needs, and how customers cooked under varying  price structures and electricity availability. The use of the EPCs was measured with Smartmeters that remotely monitored the energy usage of the cooking appliance. Households and local enumerators in two communities were trained to record and collect cooking diaries following the MECS methodology. In those same two communities, Nexleaf’s Stovetrace sensors were installed on the households’ other stoves— predominantly charcoal but also 3 Stone Fires and kerosene stoves—and the same enumerators collected the data. With three partner organizations involved, we could directly monitor the  household’s electric appliance use via energy usage, traditional stove use via temperature sensor, and see a direct log of foods cooked from the cooking diaries.

The combined data sets revealed numerous insights that paint a rich picture of how electric cooking is incorporated into household cooking habits and, most importantly, provided relevant insight to inform future policy and infrastructure development around electric cooking. The results and findings from the first 10 months of the pilot have just been published in a special, open-access issue of the journal Energies: Clean Energy Innovations: Challenges and Strategies for Low and Middle Income Countries. We’ve included some data highlights here, and you can read the full article for more in-depth details.

Households cook more with lower electricity prices. It’s no surprise that households are price-sensitive: the assumed price sensitivity of e-cooking and the relatively high prices of mini- and micro-grid electricity is one of the reasons the study was conducted in the first place. Data from the pilot provides very tangible evidence that lower prices will likely result in more electric cooking. According to the Smartmeter data, EPC usage dropped off after an initial “honeymoon” period. About eight months into the pilot, a government-mandated tariff rate reduction went into effect, dramatically dropping the price of micro-grid electricity to a fraction of the original price. EPC use increased dramatically after that point, turning low users into regular users and illustrating the potential impact of electric cooking if the cost is low enough.

Phases of EPC use. Figure courtesy of A2EI.

Households use EPCs for a diversity of foods and for both expected and unexpected purposes. Cooking diaries revealed that households used EPCs most commonly for rice, beans, and ugali (the predominant traditional food in the region), alongside a variety of other dishes. These results are both expected and encouraging because they show that households are using the electric cooking solution for staple food items that take significant time, energy, and fuel to prepare. This demonstrates the potential for EPCs to have a significant impact in displacing traditional stove use. Interestingly, the fourth most common use of the EPCs was to heat water, a use that is not intended by EPC design or training, but represents an important function for households. These results are important in representing how stove use often goes beyond cooking staple meals, and that the full spectrum of needs is important to understand when designing comprehensive cooking solutions for households and conducting relevant training. 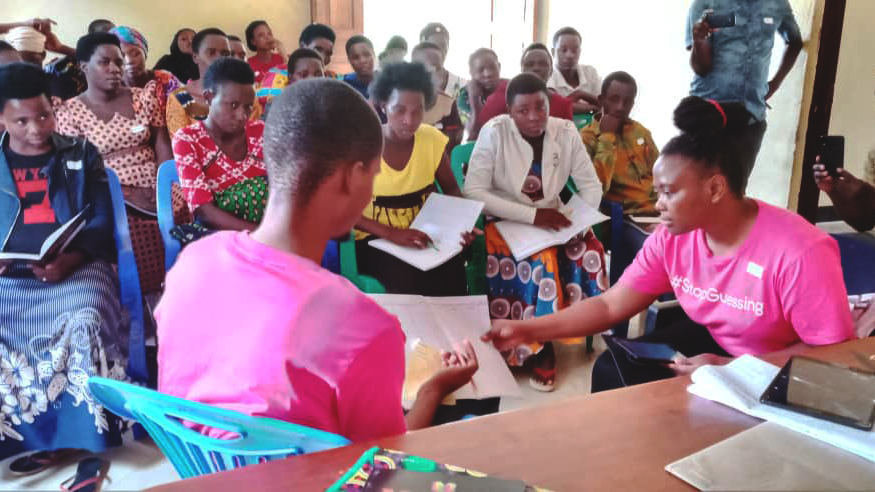 Displacement effect occurs within meals, alongside persistent stacking. When viewing cooktime on EPCs and traditional stoves (a catch-all term used here to describe all conventional means of cooking in the area, mostly improved and unimproved charcoal stoves) in aggregate, the data points to a reduction in traditional stove use when EPCs are in use, suggesting that EPCs substitute traditional stoves in any given meal where an EPC is in use. This is good news and expected: if a meal consists of three dishes and one of those dishes is cooked on the EPC, it stands to reason that total cook time on the traditional stove (or stoves) will be less than if all  three dishes were cooked on the charcoal stove. It’s encouraging to see this validated in the data, since introducing a new appliance can also lead to new cooking behaviors that don’t displace but rather add to total energy used for cooking. The data also reveals that while charcoal use is offset by EPCs, it is by no means displaced, as traditional stove use persists throughout the project period, and changes in traditional stove usage don’t always correlate with changes in EPC usage. Rather than diminishing the significance of the EPCs, the data serves as a reminder that household traditional stove usage is a product of multiple household purposes and influenced by complicated factors such as traditional fuel availability and price. Therefore, no single clean cooking solution will completely replace traditional stove use.

We hope that this research adds to our understanding of the optimal combination of technology, pricing, and infrastructure that will provide cleaner air for households and more reliable, renewable energy for all. We look forward to sharing more findings from our collaboration with this incredible group of partners.

All images courtesy of A2EI. 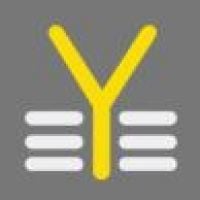 Yellow fever is not a new disease, but one that continues to affect countries in Africa and the Americas. Recent urban outbreaks in 2016 demonstrated that despite the advances in immunization activities, challenges remain in ending epidemics. A new strategy was developed to address these needs: Eliminate Yellow Fever Epidemics (EYE). 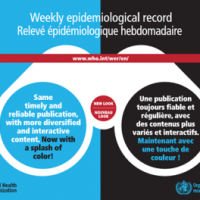 The Weekly Epidemiological Record (WER) from WHO serves as an essential instrument for the rapid and accurate dissemination of epidemiological information on cases and outbreaks of diseases under the International Health Regulations and on other communicable diseases of public health importance, including emerging or re-emerging infections. 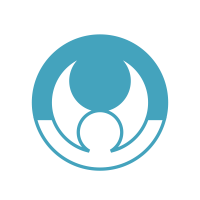 Updates from the team about what's going on on the website. 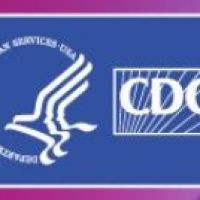 This CDC Newsletter, published monthly, is provided to national health care provider and consumer groups for distribution to their members and constituencies. 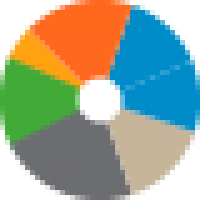 Led by PATH and funded by the Bill & Melinda Gates Foundation, the BID Initiative is grounded in the belief that better data, plus better decisions, will lead to better health outcomes. It was designed in partnership with countries to enhance overall health service delivery through improved data collection, quality, and use. 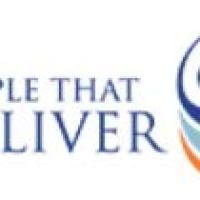 PtD is the global leader in human resources (HR) for supply chain management (SCM). It does this by advocating for a systematic approach to HR for SCM and for interventions that improve the demand and supply of qualified health supply chain professionals. 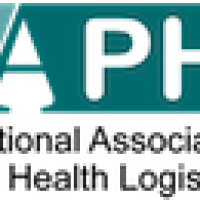 News archive from the International Association of Public Health Logisticians, established in 2007 to promote the professionalization of the field of public health logistics through education and information sharing. 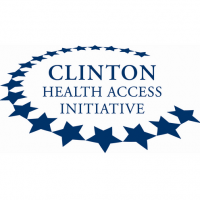 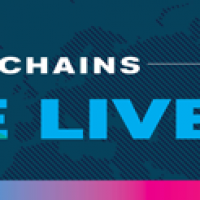 JSI pleased to introduce Strong Supply Chains Save Lives, a newsletter about the latest innovations, projects, and ideas from JSI's Center for Health Logistics. 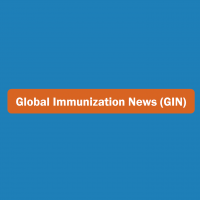 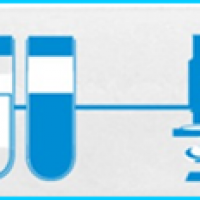 WHO IB-VPD and Rotavirus Surveillance Bulletin 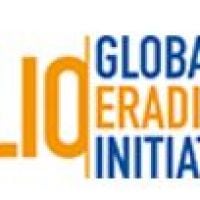 The Global Polio Eradication Initiative is a public-private partnership led by national governments with five partners – the World Health Organization (WHO), Rotary International, the US Centers for Disease Control and Prevention (CDC), the United Nations Children’s Fund (UNICEF), Bill & Melinda Gates Foundation and Gavi, the vaccine alliance. Its goal is to eradicate polio worldwide. 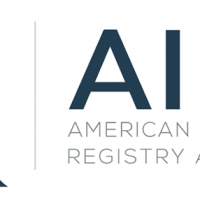 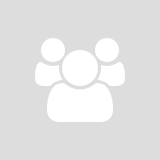 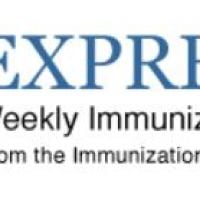