To support national introduction of HPV vaccine, the immunization partners have developed a toolbox to serve as a reference for all aspects of HPV vaccine introduction (decision-making, Gavi applications, planning, communication, implementation and monitoring, etc.) This toolbox contains practical tools often developed by EPI programmes and partners and complements the global guidance and tools in the HPV Vaccine Introduction Clearing House.

Selected tools and resources for training on HPV vaccine introduction.

Selected tools and resources for implementation of HPV vaccine introduction. 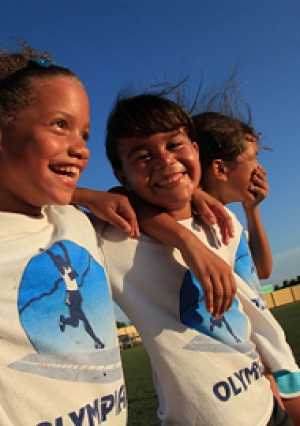 Specifically, some have claimed that the vaccine is linked to:

Why the confusion? CRPS and POTS are real but very rare conditions that can affect teenagers. HPV vaccines are given to teenagers, leading some to wonder whether there is a connection. The concerns are understandable but unfounded. There is no causal link between HPV vaccines and the symptoms of CRPS and POTS. Independent experts at the European Medicines Agency looked at the rates of these conditions in teenagers who had had the vaccine. They compared this to teenagers who had not had the vaccine. The rates of POTS and CRPS were the same in both groups. 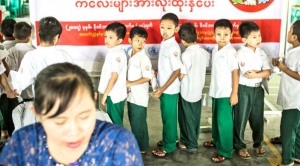 Geneva-based Gavi, The Vaccine Alliance, will provide US$60 million over the next two years to implement an immunisation programme in the country, largely focusing on cold chain facilities, according to the Ministry of Health and Sports.

“We are planning to set up more cold chain facilities this year. Cold storage is a vital part of the expanded immunisation programme. Vaccines must be stored in electronic or solar refrigerators to maintain the potency of the vaccine,” Dr Aung Kyaw Moe, assistant director of the Department of Public Health, told The Myanmar Times Monday. 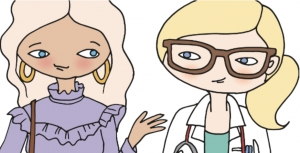 When Eigil Rosegar Poulsen first heard about the controversy over the human papilloma virus (HPV) vaccination in Denmark, he became quite upset. Still, the debate sparked a desire to share his story.

In 2010 Eigil lost his wife, Trine, to cervical cancer—a disease caused by the HPV virus—leaving him to raise their three daughters alone. Though the WHO-recommended vaccine against the most common types of the virus was only introduced in Denmark’s child vaccination schedule in 2009, far too late for his wife to benefit, Eigil is a strong advocate for vaccination.

“It’s fantastic that you can manage a disease as serious as cervical cancer with a vaccine. But it has made me sad to see the debate,” he says. “Nobody wants to experience what we have been through. And if that can be avoided with a vaccine, I find it hard to understand why parents would opt out.”

Opting out, however, has become a big problem in Denmark. Since 2014, HPV vaccination coverage among 12-year-old Danish girls has dropped dramatically from around 90 % in previous cohorts to below 40 % due to safety concerns about the vaccine. 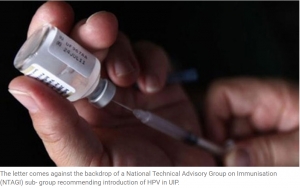 With the country’s highest decision making body on vaccines set to take a call in its next meeting on the introduction of cervical cancer vaccine in the Universal Immunisation Programme (UIP), the economic wing of RSS has asked Prime Minister Narendra Modi to stall the move, citing safety and cost concerns.

In a letter to the Prime Minister, Swadeshi Jagran Manch’s (SJM) national co-convener Ashwani Mahajan has said, “It is our concern that this programme will divert scarce resources from more worthwhile health initiatives diverting it to this vaccine of doubtful utility and that its adverse effects will erode confidence in the national immunization programme and thereby expose children unnecessarily to the risk of more serious vaccine-preventable disease.” 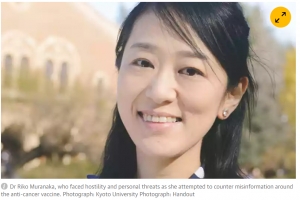 A Japanese doctor who has stood up to a campaign of misinformation around a common anti-cancer vaccine has won a prestigious prize for championing evidence in the face of hostility and personal threats.

Riko Muranaka at Kyoto University was awarded the 2017 John Maddox prize on Thursday for her efforts to explain the safety of the human papilloma virus (HPV) vaccine amid strong opposition from anti-vaccine activists and a small group of academics.