To support national introduction of HPV vaccine, the immunization partners have developed a toolbox to serve as a reference for all aspects of HPV vaccine introduction (decision-making, Gavi applications, planning, communication, implementation and monitoring, etc.) This toolbox contains practical tools often developed by EPI programmes and partners and complements the global guidance and tools in the HPV Vaccine Introduction Clearing House.

Selected tools and resources for training on HPV vaccine introduction.

Selected tools and resources for implementation of HPV vaccine introduction.

The largest cholera vaccination drive in history targeting two million people across Africa is underway, the United Nations announced on Monday, in response to a series of recent deadly outbreaks of the water-borne disease.

“Oral cholera vaccines are a key weapon in our fight against cholera,” said Tedros Adhanom Ghebreyesus, head of the World Health Organization (WHO) in a statement, “but there are many other things we need to do to keep people safe. WHO and our partners are saving lives every day by improving access to clean water and sanitation, establishing treatment centres, delivering supplies, distributing public health guidance, training health workers, and working with communities on prevention,” he added.

The drive targets Zambia, Uganda, Malawi, South Sudan and Nigeria, and will be completed by mid-June. The vaccines are funded by the Vaccine Alliance, a public-private partnership known as Gavi, and were sourced from the global stockpile.

The burden of cholera remains high in many African countries. As of 7 May, there are at least 12 areas or countries, reporting active cholera transmission in sub-Saharan Africa.

Since the beginning of this year, WHO has led the way providing technical expertise and guidance, working closely with Health Ministries and other partners in the five target countries to plan and implement the vaccination campaigns. The ambitious effort is part of a global push to reduce cholera deaths by 90 percent by 2030.

In the 15 years between 1997 and 2012, a modest 1.5 million doses of cholera vaccines were used worldwide. In just the first four months of this year, more than 15 million doses have been approved for use globally.

Oral cholera vaccine is normally administered in two doses. The first gives protection for six months, the second for between three and five years.

“Every rainy season, cholera springs up and brings devastation to communities across Africa,” said Matshidiso Moeti, WHO’s Regional Director for Africa. “With this historic cholera vaccination drive, countries in the region are demonstrating their commitment to stopping cholera from claiming more lives. We need to build on this momentum through a multisectoral approach and ensure that everyone has access to clean water and sanitation, no matter where they are located.”

A resolution on further action to combat cholera will be proposed by Zambia and Haiti at this month’s World Health Assembly in Geneva, calling for renewed political will and an integrated global approach to eliminate cholera, including more investment in clean water, sanitation and hygiene. 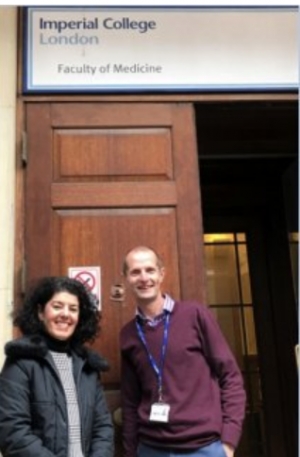 A new research hub has been set up in the UK to improve vaccine coverage in developing countries and improve the response to life-threatening outbreaks like Ebola and Zika through the rapid deployment of vaccines.

This new effort, called the Future Vaccine Manufacturing Hub, led by Imperial College London and including other world-leading institutions, with a £10million funding by the UK’s Department for Health, will be collaborating with the Developing Countries Vaccine Manufacturers’ Network (DCVMN) on manufacturing projects initially in Bangladesh, China, India, Uganda and Vietnam, with expansion into other countries. The hub will build on new developments in life sciences, immunology and process systems to address challenges.

New approaches to be explored include the rapid production of yeast and bacterially-expressed particles that mimic components of infectious agents; development of synthetic RNA vaccines; manufacturing design and protein stabilization to preserve vaccines at high temperatures, avoiding the need for cold-chain. 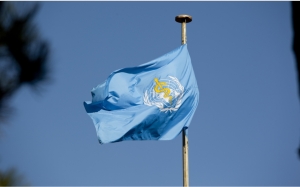 No currently available vaccines against typhoid are meant for children younger than 2, but a new conjugate vaccine manufactured by India’s Bharat Biotech as Typbar-TCV could change that.

Following a recent meeting, the World Health Organization’s Strategic Advisory Group of Experts (SAGE) on Immunization recommended (PDF) the capsular Vi-polysaccharide conjugate vaccine for infants and children over 6 months in typhoid endemic regions. The group further said catch-up immunizations for those under 15 years old should begin, depending on local disease prevalence.

The expert panel based its decision on a recent phase 2b trial carried out by the University of Oxford, the first efficacy trial on the vaccine. All together, investigators split 112 healthy adults in the U.K. into three groups that received either Bharat Biotech’s shot, Sanofi Pasteur’s nonconjugated version called Typhim Vi or placebo. To save time waiting for subjects to contract the disease naturally, the trial used a “controlled human infection" model, where volunteers were deliberately infected with the pathogen, or in this case, live typhoid bacteria.

As results published in The Lancet show, the vaccine halved the total number of infections, and researchers estimated that its efficacy could reach as high as 87% under an alternative definition of typhoid fever.

Today marks a significant step forward in the prevention and treatment of leprosy as the Infectious Disease Research Institute (IDRI) and American Leprosy Missions announce the start of a Phase 1 clinical trial in humans for a promising leprosy vaccine candidate—the first vaccine developed specifically for leprosy.

Characterized by the World Health Organization as a "neglected tropical disease," leprosy (also known as Hansen's disease) is one of the most ancient diseases known to humankind and is caused by the bacteria Mycobacterium leprae. Nearly a quarter of a million people worldwide have leprosy, which causes disfiguration of the skin and mucous membranes as well as progressive and incurable nerve damage. While drug therapy exists for leprosy, it must be taken for many months, has many side effects and often is given too late to reverse the permanent damage caused by the bacterial infection. A viable vaccine to prevent and/or treat leprosy is the next step in the effort to bring this disease to an end.