Resolved How the Technology Behind Bitcoin can Strengthen Health Services, Protect Patient Privacy, and Improve Trust in Medicine Quality

Blockchain is the hot new technology topic in the financial world, the health sector, and the supply chain industry. The idea, first applied by the virtual “cryptocurrency” Bitcoin, combines the security of cryptography with the safety of distributed data. This combination results in distributed ledger technology (DLT) that is highly secure and very difficult to hack because there is no central server containing all data that needs to be protected; everyone with rights to access the blockchain has visibility into the transactions that affect them.

Blockchain technology has a variety of applications in health, not least of which are medicine traceability and patient data management. This is just as true for the US domestic health sector as it is for health systems in low- and middle-income countries (LMICs).

Counterfeit drugs are a scourge in virtually every country, but nowhere is the problem more acute than in LMICs where regulatory agencies are poorly financed and under equipped to police the market. Pharmaceutical manufacturers are concerned about lost revenue but also about reputational risk when counterfeits are used and cause spikes in adverse reactions or poor treatment outcomes. Suppliers can’t trace their products beyond the primary purchaser (typically a wholesaler), small retailers can’t be sure of the integrity of their suppliers, and people who buy medicines on the retail market cannot be certain if they are getting the real thing. Blockchain technology can provide the transparency and accountability needed to ensure the integrity of every medicine and every transaction that moves it from where it’s manufactured to where it’s dispensed to the patient.

This infographic provides an easy to understand illustration of some of the possible applications in the health sector.

Read the entire blog on JSI's The Pump.

References
0
Tweet
OpenLMIS 3.3 Webinar en français
DIGITALLY MIMICKING THE ANALOGUE FUNCTION OF A VVM
Comment
There are no comments made yet.
Responses (1) 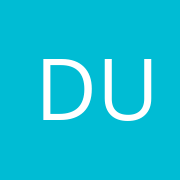 Yeah the Blockchain is defiantly a hot topic at the moment and for good reason, its just a shame that the CryptoCurrency are getting the most media coverage, not that i mind as i am a fanatic when it comes to crypto but when people start hearing Blockchain the automatic response from some on is oh what you mean BitCoin why do i care about that. Once we get past that stage and people are better educated on what the Tech can do its going to be a fun ride.

I don’t know if you’ve seen this already but its a Utility token called MediChain. Its an example of how the health sector can benifit from Blockchain tech. I’ve attached their ICO white paper (the ICO is over but it explains the tech) to the reply if you are interested in the read but in basic form they are taking Patients Medical Records and placing it in the block chain using the “MediChain Tokens”. Its a good proof of concept still early stages but might be of interest to some one trying to understand what the block chain can be used for.

There are no replies made for this post yet.
However, you are not allowed to reply to this post.
Please login to post a reply
You will need to be logged in to be able to post a reply. Login using the form on the right or register an account if you are new here. Register Here »
Forgot Password?