Following the WHO PQS statement on the Vestfrost investigation, please find attached guidance on the management of the equipment and vaccines. Thank you.

in my last reply it should of read- The NO was left out.

A small electronic device could easily be built which would directly read the MKT temperature. The device could also read out the loss of life of vaccines of different sensitivities. This device would be of paticular value when determining the performance of a vaccine carrier. For example trips could be extened if some percent loss of life on the journey was acceptable. If for example a vaccine was to be used no longer than several days after its arrival perhaps a 50% loss of life would be acceptable.

For a particular vaccine carrier data  could be presented to show how long a journey could be made for a particular % loss of life. This data could be generated during PQS testing, an appropriate test temperature may be 32 Deg C.

Manufacturers routinely do accelerated degradation tests at elevated temperatures to determine how temperature-stable their vaccines are.

The results of these tests could in principle be used to enable a direct calculation of MKT on a per-vaccine basis. But more practically and directly, they are used to assign a VVM type to the vaccine. The VVM then essentially does the MKT calculations for us (cf. this document from TempTime for a bit more detail).

In the table 4 of the document referred by you: "The Use of Mean Kinetic Temperature (MKT) in the Handling, Storage, and Distribution of Temperature Sensitive Pharmaceuticals" wrote by Robert h. Seevers, Ph. d., Jeffrey Hofer, & Paul Harber Eli Lilly and Company https://docplayer.net/355598-The-use-of-mean-kinetic-temperature-mkt-in-the-handling-storage-and-distribution-of-temperature-sensitive-pharmaceuticals.html, we can see that the impact of adding two excursions, each with a temperature rise of 20ºC, each lasting 48 hour the raise is only 1.9° C, from 5.0°C to 6.9°C.

A conclusion wrote in page 15 was: "it is incumbent on manufacturers (of vaccines) to perform the necessary stability studies so that the MKT of a temperature excursion can be compared against available stability data to enable an informed conclusion regarding the impact on product quality"

Would be good have MKT specific for vaccines, because those studies are for pharmaceutical products.

Have you reviewed the WHO PQS testing protocols for fridges and freezers on the PQS website? I have shared a couple of protocol links and attachments for ease of reference:

PQS testing protocols list criterias for qualification, including acceptable temperature ranges that are defined as follows:

The cumulative effect of any excursions within the above range will be assessed over the five day period of the day/night test. For this test, the calculated mean kinetic temperature (MKT) must remain within the range +2°C to +8°C when the default activation energy is set at 83,144 kJ per mol. Using the recorded temperature data, an MKT figure will be calculated for each sensor. The worst-case result will determine the outcome of the test. Excursions in other tests will be noted and must not exceed the defined upper and lower limits.

I hope this helped answer your questions!

I realize that freezing is not allowed in the refrigerator compartment. What I was asking was what exactly the PQS  test standards are; are certain temporary excursions below 2 deg C allowed during a PQS test.

Not all Vestfrost Equipment has been delisted- please find the affected models  here.

No Haier products have been withdrawn from PQS due to performance or quality complaints.

Freezing is not acceptable in the refrigeration compartment, obviously in the freezer this is acceptable.

My understanding is that ALL Vestfrost refrigerators have been struck off the WHO PQS list as a result of the discovery of frequent freezing conditions in the refrigerator compartment.

Did I hear someone say that some Haier product has also been de-listed?

After reading the WHO statement I was not clear on exactly what the PQS standards are:

to go to -5 deg  C for less than 1 hour. Could some one please clarify. 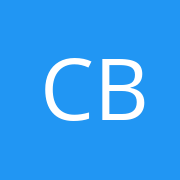 WHO have posted further information on their PQS website providing user guidance and informing the applicable Vestfrost products have been suspended from the PQS list pending their investigation.

Thank you for the information.

Vestfrost has submitted a report to PQS. Their findings are currently being independently verified. PQS should have an update soon.

Has Vestfrost given the explanation about that situation? In Colombia we have those equipments working well (ILR and SDD).

Planning for COVID-19 vaccination delivery - your feedback requested!
Replied by Robert Steinglass
Dear Sidharth, Because my comment on TechNet dated around 25 April was placed under a different category ("Immunization in the context of COVID-19 pandemic: frequently asked qu...
14 hours ago
Immunization and pregnant women with COVID-19
Replied by Tracey Goodman
Apologies for the delay in replying – it took a little while to find the answer. This is a very good question. WHO started a few weeks ago a living systematic review on pregnancy and COVID-19, inclu...
2 days ago
Cold chain for covid19
Replied by Larry Schlussler
AS Pat Lennon pointed out we do not know how thermally stable the vaccine will be. The less thermally sensitive the easier it will be to distribute. Anna-LeaKahn made the point that if the vaccin...
5 days ago
Is the cold chain ready? (covid-19)
Replied by Steve McCarney
Thank you starting this discussion, Ian.The short answer to the question of immunization cold chain readiness is probably no, not entirely.In response to the question of cold chain (CC) preparation fo...
1 week ago
Immunization services deferred due to lock down of COVI-19 Pandemic
Replied by M. Carolina Danovaro
No. For most vaccines the main thing to respect is the minimum age and minimum interval between doses, longer intervals don't affect penta, OPV. You can read all the WHO Vaccine Position Papers here:...
3 weeks ago