by Michel Zaffran, WHO; Julie Milstien, consultant; and Modibo Dicko, WHO It has long been known that certain vaccines are stable for long periods of time at temperatures outside the standard cold chain protocol of 2[sup]o[/sup] to 8[sup]o[/sup]C. However, until recently, there have been few reasons to consider changing the relatively simple, blanket policy that all vaccines need to be stored between 2[sup]o[/sup] and 8[sup]o[/sup]C. The only exceptions have been occasional "off-label" use of some vaccines for immunizing hard-to-reach populations, such as "out-of-cold-chain" use of hepatitis B vaccine birth dose; use of tetanus toxoid in pregnancy, just before delivery; and the use of oral polio vaccine with or without cool water packs during campaigns. A change in the vaccine storage temperature policy is not easy. It requires a great deal of evidence gathering, licensing and regulatory changes, and careful consideration of the programmatic impact of the change for countries. Depending on the country, such a change may merit new equipment, training, and monitoring to ensure that the new policy is followed correctly and consistently for all applicable vaccines. However, despite the challenges in doing so, a policy change is becoming increasingly necessary for the following reasons: Temporarily removing vaccines from the traditional cold chain is often the only way to provide on-time immunizations to those who are hardest to reach.A large amount of relatively costly vaccines are currently being exposed to freezing temperatures that can damage them. Newer vaccines are much bulkier and much more costly than traditional Expanded Programme on Immunization vaccines. Under the current policy the only way to accommodate new vaccines is to build new cold rooms, buy bigger coolers, and require health workers to carry heavier cold boxes. Because several vaccines are quite stable at temperatures above 40[sup]o[/sup]C for months at a time, refrigerating these vaccines at all times is unnecessary, potentially harmful (due to accidental freezing), and a waste of precious resources. The World Health Organization (WHO) and PATH, through project Optimize, are collaborating with manufacturers, regulatory bodies, countries, and a programmatic working group to take steps toward new policies that allow for vaccines to be handled in a “controlled temperature chain” where certain heat-stable vaccines can be stored at controlled temperatures that are outside of the traditional 2[sup]o[/sup] to 8[sup]o[/sup]C cold chain. To achieve this change, work is ongoing in three streams: 1. Define the regulatory pathway. The process begins by gathering evidence to understand precisely how higher temperatures may impact vaccine potency and delivery in real-world situations for each heat-stable vaccine. A study of this nature is currently underway with the hepatitis B vaccine. This particular vaccine was chosen for its well-known stability to heat, and for the need to reach infants as soon as possible after birth. Positive results from this study will facilitate relabeling the vaccine for its true heat-stability profile, thus giving countries the option to implement new outreach strategies by using the vaccine within a broader, yet controlled-temperature range. 2. Gather more country-level evidence. Country-level evidence can further confirm vaccine temperature stability in real-world settings, thus contributing to the evidence base upon which regulatory issues are decided. It will also generate critical data that will help inform and develop implementation strategies. 3. Provide programmatic guidance. A programmatic working group has been convened to discuss and develop programmatic guidelines for countries to follow should they consider adopting new temperature policies for specific vaccines. When the licensing, regulatory, and programmatic requirements are met, then WHO will be in a better position to consider changes to the blanket temperature storage policy to accommodate different handling requirements for heat-stable vaccines under controlled temperatures. When is a new policy likely to be developed? The hepatitis B study, which will help define the regulatory pathway for a policy change, is ongoing. Results of the laboratory testing are expected by early 2010. If the results are positive, a change in the regulatory license for relevant hepatitis B vaccines could be proposed to allow storage and transport beyond the traditional 2[sup]o[/sup] to 8[sup]o[/sup]C range. However, this is only a first step. Ideally, all vaccines would be licensed to their true stability. While some vaccines will need to remain in the 2[sup]o[/sup] to 8[sup]o[/sup]C range, others will be able to be handled in a broader controlled temperature range, giving countries increased flexibility to deal with an increasing number of vaccines.
Diseases
Tags
Second Annual Health and Humanitarian Logistics Co...
USAID/DELIVER PROJECT: Regional Institutes Initiat...
Responses (2) 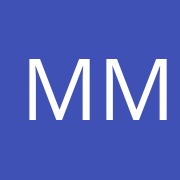 Mogens Munck
Accepted Answer Pending Moderation
Dear Technet Moderator, As promised already several weeks ago and as a contribution to the ongoing discussion on the above subject I enclose a written proposal that Soeren Spanner and I have presented in the TLAC committee. The concept outlined in this proposal was recommended straight forward by our colleagues in the TLAC committee. In addition TLAC recommended that pilot projects should be implemented in order to field test the proposals. A summary of our proposal is presented below: Moving to Cool Chain At Health Center Level The current practice of keeping vaccines at H/C level in the temperature range of +2º to +8º C creates the following problems: • The current practice is rigid/inflexible: Vaccines are being kept colder than they need to be, as evidenced by Tables 9 and 10 from pages 45 & 46 in the WHO publication: “Thermo Sensitivity of Vaccines” on vaccine stability (easily downloaded from the WHO web-site). According to these tables our current EPI vaccines can be kept at +20º to +25º C at H/C level for up to one month. • Inadvertent Freezing: The current strict temperature range of +2º to +8º C leads to a high risk of inadvertent freezing. For further evidence please see also: http://www.path.org/vaccineresources/details.php?i=197. • Equipment/Space requirements: The existing cold chain does not have sufficient capacity to handle all the vaccines that are to be kept cold. Work done by WHO (Technical Officer S. Kone) indicate that the space requirements for storing the vaccines needed to fully immunize one child will increase dramatically - as much as 15 times more as new vaccine are introduced into countries. Due to these problems we have suggested the following: • Suggestion for change in the current practice: In line with the data presented in the above WHO publication it is suggested that the current temperature range of +2º to + 8ºC for keeping vaccines at H/C level be extended (i.e. permitting storage of heat stable vaccines at higher temperatures, max. 25 degrees C., for up to one month to simplify and ease the burden on cold chain equipment. • Alternative ways to maintain vaccines at cool temperatures: Two alternative methods to keep vaccines cool are presented which would need to be tested and validated at pilot sites. For both methods proper vaccine handling is essential, including the correct use of VVMs. An improvement in storage and distribution at higher levels will be vital to permit the changes at lower levels – to be sure that, for example, 1 month of life/potency still exists! These proposals are targeted for use at health center level, although the climatic conditions in many countries might permit their use at district level. Alternative 1 - Increasing cold-chain flexibility at health centre level: One alternative is to use conventional domestic refrigerators pre-set to higher temperatures well away from freezing to store vaccines, say + 5º to + 15°C . The refrigerators being considered are upright and have two doors one freezer compartment and the other for refrigeration. The cost of ILRs ( 200 liters ) is between 500 and 2,900 Euro. The cost of the domestic refrigerator being considered, including both fridge and freezer is 300 Euro. Alternative 2 - The Cool Room Approach: At the temperature range of 20-25 degrees C. the hold-over time in cold boxes is of much longer than at the current temperature range of +2 to 8º C. By using icepacks, hold-over times of up to 320 hours (at least 13.5 days) at 32º C are possible. By using eutectic packs hold-over times of up to 220 hours at 32º C (at least 11 days at 25º C ) can be attained. The use of eutectic packs instead of ice packs will eliminate the risk of freeze damage. Furthermore, if the traditional cold boxes with eutectic packs are placed inside special store rooms (traditional walk-in rooms without refrigeration machinery) that act as another huge cold box, because of their thick, heavy insulated walls, floor and ceiling, then the hold-over time can again be drastically increased. We call it the “Cool Room Approach”. What are cool rooms?: The cool rooms proposed are traditional walk-in units without the refrigeration equipment, which is not needed. Instead, one or two air conditioners are installed. The cool rooms without the refrigeration equipment are thus much less costly, roughly less than half. These rooms could be large enough to store vaccines as well the essential drugs required at a health centre with a monthly delivery schedule. In many health centers the medicines are as much in need of secure storage as the vaccines. Please read our attached proposal, which is lenghty, but with essential details, and send us your comments and questions. Sincerely, Mogens Munck http://www.eset.com The-cool-chain-concept-by-Soeren-Spanner-and-Mogens-Munck.doc